Or: Why you’re selling to somebody that doesn’t exist

Ah, the Wizard of Oz. Winged monkeys, yellow brick roads, and the single most manipulative supervillain in the history of children’s literature. 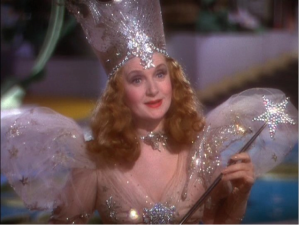 Look at those cold, dead eyes.

The image that always has always stuck with me from that film is thatbefore we enormous green holographic floating head. Throbbing megabrain, fire spouting, booming voice-of-god intonations: Dorothy isn’t the only startled one. 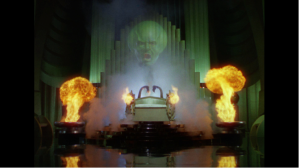 The Giant Brussel Sprout of Wisdom

I always try to take this mental image into big pitch meetings or networking events. Because this, to a greater or lesser extent, is what everybody’s doing in business.

We all learn it early in our careers. Our working requires us to put on a persona, to make our jobs easier.

For most people, that persona is more precise, more even-handed and more confident than how they usually are. 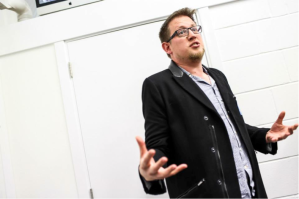 But even though we know that we have a work persona, it’s incredibly easy to forget that everyone else does too.

And that’s how people find themselves selling to someone that doesn’t exist.

Don’t sell to the persona.

Back when I did my Marketing Masters in the early noughties, our core textbook was full of nuggets like this:

“From a customer perspective the item purchased includes the basic product as well as all the added features and services which make up the ‘total product offering’.”

This wouldn’t be a bad description of the buying process – if we were actually, deep down, the people we pretend to be in business.

Just to be clear: the personas we put on are, unequivocally, a good thing for business. They allow us the emotional distance we need to do our jobs well.

But if you’re writing to persuade, to engage, to sell: Don’t sell to the persona.

The persona isn’t real. It can’t make decisions. It can’t buy things. There’s a person behind there, and that’s who you you need to focus on.

Andy Maslen, in his seminal 2009 book Write to Sell, wrote that:

“Chief executives, senior managers, call centre operatives: they’re all human beings and they’re all prone to the emotions, foibles and idiosyncrasies that make us what we are.”

That’s why the Wizard of Oz is so good to keep in mind. Toto pulls the curtain back, and reveals a human being, bumbling and nervous and weirdly reminiscent of an extra from Father Ted. 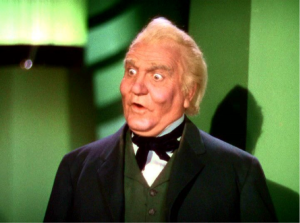 And how do you sell to them? We’ll be looking at that over then next few weeks.

But as a starter for ten: y’know the biggest, baddest, most hard-nosed, most discerning customer you have? They’ve been responding to stories since they before they knew how to tie their own shoes.

There’s a person behind every business persona. That is who you’re trying to persuade. Only pay attention to the man behind the curtain.