OR: How Story Tickles Our Attention Span

You may have come across TL;DR. It’s one of the most common acronyms on the interweb. You’ll often see it below long, earnest Facebook posts.

It stands for “Too Long; Didn’t Read”. And there are whole Tumblr groups based on the idea. 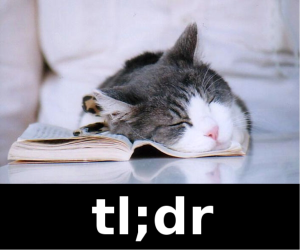 People sometimes cite this as proof that kids today have no attention span. Damn kids, with their MySpace and the Electro-funk, always multitasking, always in front of a screen, never taking the time to understand what people are saying.

So there’s a school of thought in copywriting that everything has to be short. More than a couple of paragraphs, and you’ll lose your audience, especially if you’re trying to sell something.

I disagree. And I can sum up my case for in two words and two letters:

Length is not a crime

George R R Martin writes books. Long books. How long? Check out this picture of his Song of Ice and Fire Box set.

You see the last two books there? The white and the grey one? That’s one novel. They had to split it into two because it was too big to bind.

And the guy can’t buy groceries, without being accosted by his fandom, utterly desperate for the next installment.

Musical interlude: Nerds beg George to write and not die.

So what happened to TL;DR? Why will people read one and three quarter million words of GRRM, and yet you can’t get them to read a third paragraph of your sales letter?

The answer is obvious: because he’s engaging them, he’s entertaining them, and he’s telling them stories. But here’s the point: you should be too. 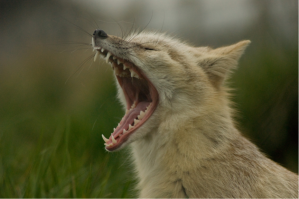 Depending on which study you look at, anywhere between 70 and 85 percent of people expect to be entertained by business in their communications. It’s not a lovely bonus any more. It’s what’s expected of you.

And there are guys out there writing 45 page sales letters and getting great returns.

Length is not your enemy. Boredom is. Of course you should never outstay your welcome, but the length of welcome entirely depends on how engaging you’re being.